Genre Emulation and Lethality - AD&D as a “Combat Game” 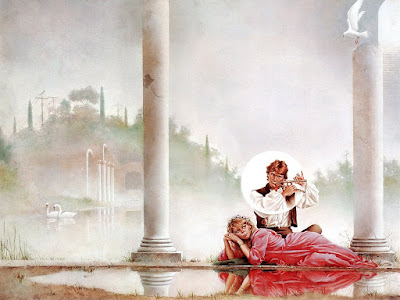 Bhakashal is built on a 1e AD&D chassis, so today I want to say a bit about the idea that D&D, and AD&D in particular, is a game “about combat”. The same arguements apply to Bhakashal as well.

This issue gets mentioned almost weekly on social media, and the conversation is rife with false dichotomies and assumptions. The first and most common argument goes like this:

1. AD&D has lots of rules for combat

3. Therefore D&D is “about” combat

There are a few flaws in this argument:

D&D has light social rules (parley and encounter reaction, alignment, morale, loyalty) because you can actually do many of the things represented in social role play. You can barter, you can parlay, you can threaten, you can inquire, you can do all that stuff, so the rules for it can be lighter. It’s not that you aren’t supposed to talk, negotiate, form alliances, etc., it’s that players can already do this stuff so the rules can be light

If you play the game RAW or close to it, and you pursue a course of fighting as your primary tool to achieve your goals, you will very likely die. Just spend some time listening to what people say about their D&D game, how they give out “average” HP rather than roll, assign spells rather than randomize them, start groups above 1st level, fudge dice to avoid TPKs, etc, etc, etc. You are perfectly welcome to play the game that way, but it skews the results and allows PCs to use violence to achieve their ends without the consequences. The GAME isn’t about combat, it is played that way because… lots of people like to kill monsters with swords and spells and they play the game in such a way as to soften the deadliness to ensure their PCs last a while. Old school games often had players with multiple PCs, in part as they would die so often (also in part due to the “West Marches” play style of some groups.

The XP rules favor loot (gold/gems + magic items) very heavily over combat (about 75% of XP comes from loot), so the “rules” incentivise avoiding the combat and getting the loot.

But it occurred to me recently that there is another way to make this argument.

Consider for a moment the source material that inspired AD&D, Leiber, Vance, Howard, Burroughs, that sort of thing. I read a Fritz Leiber story called Stardock a while back. The story follows our two intrepid heroes as they climb a mountain to get to the top and supposed riches. What is salient about this story is that there is combat in the story, but it is a small portion of the overall tale.

The vast majority of the story is about preparing for the trip, getting the equipment they need, then the harrowing process of climbing the mountain, dealing with snow and ice, wind, the height and climbing conditions, and then the “monsters” they meet at the top.

The combat, when it does happen, is fast and deadly. The heroes look at every fight as possibly their last, and only barely scrape by in places, sometimes they flee entirely realizing they are outclassed. Most of the stories have this sort of structure, as do many stories by Howard, Vance, Burroughs, etc. Fighting is almost always deadly and a necessity, fast and furious. The bulk of the stories though are dedicated to all the stuff that happens before and after the combat.

This should sound familiar. AD&D does a bang up job emulating these stories. HP and saving throws, AD&D’s two “narrative mechanics” (I call them passive narrative mechanics), ensure that the “heroes” survive many of their fights, but the risk of death is absolutely there.

Think of it this way, when you read a Fritz Leiber story, is it “all about” the four pages of fighting, or the 50 pages of “other stuff”? I do love a good swordfight, and Leiber was exemplary at writing them, as was Howard, and Burroughs for that matter. But the stories weren’t “about” the fights, they were just a part of the overall tale.

D&D is meant to emulate these stories, and I find that if you run the game close to RAW you get exactly this sort of non-combat focused game where exploration, resource management and planning, as well as experience of the fantastic, tends to be the majority of play, punctuated by periodic combat that is fast and deadly.

AD&D isn’t about combat any more than Leiber stories are “about” the fighting, even if they do have fighting in them. Only the most uncharitable, over simplistic reading could interpret these rich, beautifully written stories as being “about” fighting. They are about adventure, writ large, and all the pieces that make up that process. It may be hard to see as few people run AD&D close to RAW, but it’s baked into the game design.

Groups that figure this out find their AD&D experience to be far more flexible and fun. 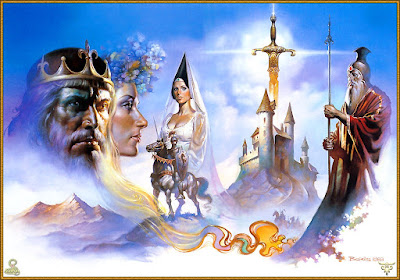