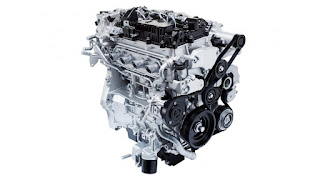 
Add this to the posts discussing 1e as the “Ur-game”.


Today I will address the degree to which the game is customizable.


1.       1e in particular makes clear that it is your game, the rules take a backseat to fun, you are encouraged to make up new rules on the spot if needed, and you are the final arbiter of any aspect of your game (e.g. maybe Orcs in your world only inhabit cold climes and live in giant caves, maybe trolls in your game only regenerate under moonlight, etc.)


2.       It also points out that there are a lot of optional rules, psionics, described damage, alternate spell components, per level to hit advancement for fighters, the list is long.


3.       1e is densely written and open to multiple interpretations, it is notoriously opaque.


Put this together, and it means that no two people will run the same game. No two people will run the same “By the Book” (BTB) game, as there is no way to uniquely determine what BTB is for some of the game’s core mechanics. There is too much interpretive wiggle room on spells, many cases simply aren’t discussed. Refs will rule differently on corner cases, what happens to your invisible gear if you drop it on the dungeon floor? Does an unseen servant give off any heat?


The game is an open ended simulation of a whole fantasy world, there are unforeseen developments you will have to rule on.


There will be broad similarities, even on subjects as contentious as initiative, where there are multiple variations, there are not infinite variations, for example, most games (though not all) use some sequencing mechanism for combat that involves dice.


So you don’t get complete difference between individual games, but you can get a wide variation.


Take a classic example, high versus low magic games. In a class based game like D&D where your primary power advancement is through your class, magic items mess things up. A single item can change your game. Our group’s magic user got a wand of polymorphing, and man did that change things, it instantly changed an epic multiple round brouhaha with a froggemoth into a three round zap that saw it polymorphed into a fish.


So if you run a low magic game, where magic items are rare for PCs and NPCs, it will play very different than a high magic game where multiple items for even low level PCs is common.


And there are more variations still, you could have a game where the number of magic items is low but the number of spellcasters is high.


What this means is that you can, by making decisions about rules interpretation, optional rules use, house rules to address in-game issues, additive house rules like crits, etc, create a tone or a theme for your game. I would argue that every DM does this consciously or unconsciously, in the sense that they might not be thinking about the big-picture aspect of their decisions, they may just be making the game as they go, fine tuning it.


But the upshot is this, there are so many ways you can customize D&D, making the aforementioned decisions about rules and rulings, that you have the *potential* to make it into what plays as very different games.


It is customizable through a process of rules adoption and modification I will call *calibration*. You calibrate your game as you play, generally to your group’s tastes. So if the group likes violent fights you introduce a crit table. If you like more RP you emphazise encounter reactions and loyalty rolls.


But the tantalizing potential also exists to direct that process in some way. This, I argue, is one of the greatest aspects of the game. I don’t think it is restricted to 1e, I think all editions share these general characteristics, but 1e has them in sharp relief.


Example: The Sword and Sorcery Hack


I’ll give an example from my home game.


I decided when I started to customize the game self-consciously that I wanted a sword and sorcery style game, that meant it could not be high magic, it had horrific monster opponents, wild, violent combat and magic users have to be both unique and be badasses, S+S magic-users are eccentric and strange and are feared by all, including Conan.


I won’t drill down on any one change, instead I will give a list of changes and explain what they did to the game.


The Sword and Sorcery Hack for 1st Edition Dungeons and Dragons


1. Changed Stat Modifiers – I use classic stat modifiers, they are less clustered at the high end, more spread out, though lower for most scores.


2. Magic – fewer magic items available, magic not used for “mundane” applications (no monsters eating the garbage), but scroll spells more common. Substitution of spell components for variable effects allowed. Also randomized magic – magic users have a patron, the DM randomly generates a list of spells that patron has, and the player gets their “level up” spells from their master from these. Otherwise all scroll spells are determined randomly for treasure hoards.


4. Initiative – Individual, base d6 + weapon speed + casting time – magical weapon “+” – Reaction Attacking Adjustment (dex modifier) - Low roll goes first, equal scores simultaneous attack. Movement is allowed “around” your action segment, e.g. if your initiative score is 5 you attack on segment 5, in segments 1-4 and segments 6-10 you can be moving. Weapon speeds are half those listed in the PHB.


5. A described damage system, every player has damage to their character described, not reported in HP. They know where they are in terms of HP by the description of the damage.


6. Location of hit tables, so every attack that is successful can be described, and a critical hit table for a host of combat effects, from disarming to extra damage to injuries to removal of limbs.


7. Extra “abilities” for listed weapons (e.g. a staff can be used to “sweep” an opponent and knock them over) and extra weapons listings.


8.  A weapon proficiency system that allows any class to sacrifice a WP slot for +1 to hit and +1 to damage with an existing weapon, only fighters can stack bonuses.


9. Use of 0-level NPCs for soldiers, guardsmen, peasants and general citizens, and use of standard DMG rates of levelled adventurers.


10. Use of a simplified version of the WvrsAC adjustments, and application of those adjustments to monsters as well as NPCs in armor.


Together these changes built up the kind of game I wanted, as follows:


(4) meant that speed matters, magic user and illusionist spells have the lowest casting time, so they get an advantage over all other spell casters, and compare favorably to weapon speeds, so they get an advantage over non-casters as well. However, once you hit mid-level that advantage disappears as magic weapons become more common amongst opponents. It also helps thieves as they already have the fastest weapons, so from low levels they get a speed advantage. Finally, four things contribute to speed, spell choice, weapon choice, dexterity and magic, I find this sufficiently granular.


Also, (4) meant that I could handle combat for 14-16 PCs at a time with individual initiative, that’s massive. Many groups struggle with initiative, or make it so simple that it becomes a drag to avoid the complexity, this gives me the granularity and the speed. I want combat to be simple enough that it moves along and detailed enough to be exiting, this does both, it’s fast, deadly and engaging.


(1),(8) and (10) meant that I didn’t have to give out a ton of magic weapons, there were situational bonuses to be had, classic stat modifiers gave lower overall bonuses but spread them out so more stats got them, (8) gave additional plusses but at a cost, and (10) gave situational bonuses that required attention to weapon choice (and rewarded fighters, with the most weapon proficiency slots). Some bonuses were available from first level as well, which was nice. Also, common soldiers might not have the proficiency bonus or the stat bonus, but they could have the WvrsAC bonus, tying effects to weapons, not class abilities, gave some leeway.


Also, the proficiency bonuses and the WvrsAC bonuses do NOT apply to initiative, so they don’t make anyone faster.


(5),(6) and (7) mean that combat is more varied, immersive and deadly. No more “hit, hit, hit you drop” instead there are injuries, temporary and permanent, as well as combat effects that change up melee from disarming to stunning to tripping. The described damage keeps it all exciting as well, combat can be as expressive and emotive as RP. The movement clause of (4) means that combat is incredibly dynamic, the D&D round has been criticized as stifling, this opens it up completely.


(9) means that the characters are in a world where the vast majority of people fall with 3.5 hp of damage. This calibrates the deadliness of low level MU spells. A third level MU casting burning hands can kill, a single magic missile can kill. A simple dagger can kill. I like this level of overall lethality to the game, it makes things more real.


(2) means most magic is randomized, and that means that every MU is unique. I can’t stress how hard this is to do without randomization, and how easy it is to do with. I’ve produced some fascinating NPCs by letting the dice fall and following the results.

The upshot of this hack is a game that is deadly and violent, immersive and atmospheric, where magic is not so common as to be mundane, varied enough that individual magic-users can be unique and strange, and magic-users are deadly and respected, even at first level.


The good news is that you can do this to your 1e game, I believe the game was *designed* to be used this way, to shape it, over time, to the preferences of your group.