Customization - Adding Flavor to your Home Brew
One thing that makes D&D such a fun game to play is that every campaign is a bit different. DM’s bring their own particular interpretations to the rules, include some rules and exclude others, and bring their own spin on established lore, or create their own worlds whole cloth.
The pulps, which early edition D&D were meant to emulate, did exactly this. Every pulp author created their own version of a fantasy/sci-fi world for their characters to interact in, and each one did their best to give their version a different flavor. The basis of adventure and excitement was there in every iteration, but technologies, magic, other things were varied.
One of the challenges of longer running D&D games is that you want to bring that flavor to your world as well, unless your goal is exact duplication of a genre’s flavor (e.g. you want to run a game in Middle Earth so you use orcs and elves, or you want to run a classically themed game so you use sylvan monsters, cyclops and medusae, etc.), then you want to do things that make  your game unique.
I thought I would run through how I have done this in my game.
I love the mechanics of the AD&D spell casting system, it has risk/reward, resource management, and it’s limited in various ways to keep spell casters from dominating the game. However, after many years of use it can get too familiar, so when I was starting up my current six year running campaign, I decided to work a bit on flavor.
I also wanted to shift the model of the magic user a bit. In 1e magic-users are so vulnerable that they have to slink around and hide for the most part until they hit mid levels. They are not anything like the bold, danger seeking wizards I read about in my Jack Vance stories. I wanted to do something that would make them dangerous but not overpower them so much as to make them boring.
Here are some examples of the changes I made to make magic-users a bit different:
1. Social Structure
Magic-Users in my game are called “warlocks”, whether they are men or women. They are treated with respect in my city setting, they don’t hide and let others fight for them, they are bold, public figures who use their abilities to climb in the city social hierarchy and obtain power. They are aligned with and get their patron’s from city noble Houses and get tattooed when they declare allegiance to a particular House. A city warlock dresses outrageously and moves with confidence, and they have elaborate names to match their personalities. Many are are named after colors or gemstones, e.g. Jimnir the Garnet. They often travel with retainers and hangers on.  Here are some examples of what warlocks in my game might look like: 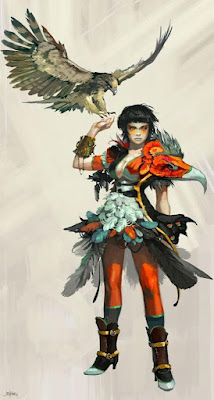 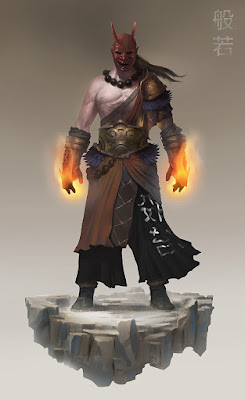 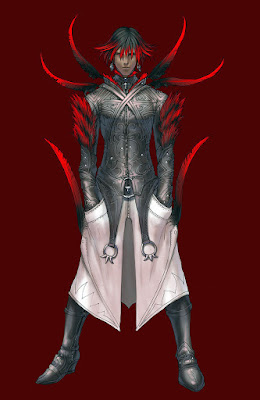 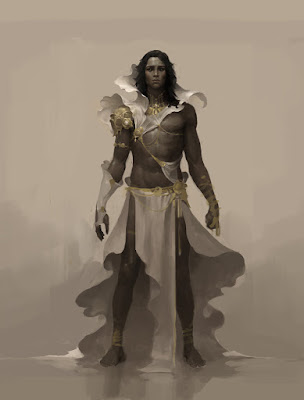 
Note that only 1 of these changes (the first) is independent of the existing rules, in most cases I either chose optional rules or altered things modeled on existing rules, so I eased the restrictions for dual classing rather than making a ton of new sub-classes to expand the magic-user, I specified spell components when they were left general, that sort of thing.
Changes like these have made magic-users into something familiar but different, and kept the game fresh and fun for a group that have familiarity with the rules. Never be afraid to tinker with your game, it will make it unique and add flavor to the experience at the table.
- March 26, 2020