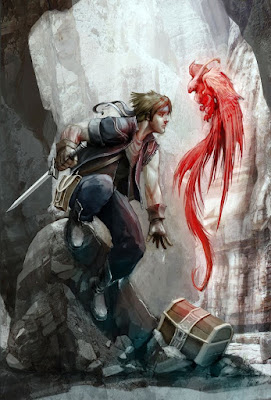 Twitter regularly shows me the most fascinating things, for example, recently I have seen a few threads complaining that the PCs couldn’t find ways to spend their gold.

D&D gives out a lot of gold or gold equivalents (jewelry, gems, other coins, etc.), so adventurers will find themselves laden with loot by mid-levels if they are lucky and survive that long.

Here are a few suggestions of ways to drain that loot.

I suspect most groups just hand wave the weight, or give out bags of holding and such.

But that’s part of the reason you have too much gold to spend! If you use some form of encumbrance, every time parties grab loot there will only be so much they can carry out of the dungeon, and they will be slowed by it considerably. You haven’t really rocked it old school until you have had to choose between carrying gold and fleeing from a monster.


Where do you put it all? Say you slay a dragon and end up with thousands of coins, this is 100% possible given the treasure tables. Say you have 10,000 coins of various kinds, that’s 1000 lbs of loot. Likely you will have to hire porters and mounts to extract the loot, and once extracted you can’t keep that under your mattress, or in your backpack, so it has to be stored somewhere and protected when you are not around. That all costs money.

Smart PCs convert gold to gems, that saves a lot of space, but this will also cost money, it will cost to convert the loot (there are fees for that) and there won’t be an exact match, so sometimes you will get less for the gem than it is worth. For the ridiculous amount of wealth that a PC gets, storing and managing the wealth will be a significant cost


These are suggestions from my gaming experience, I’m sure others will have cool ideas too. Last suggestion: encourage any and all hare-brained schemes your players suggest, as they will likely cost a bundle to execute…

Building Bhakashal - Money, Money, Money... Twitter regularly shows me the most fascinating things, for example, recently I have seen a few ...