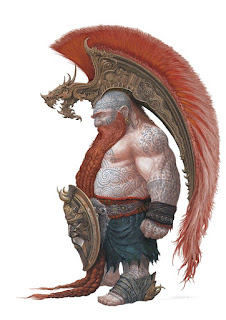 The Power of "No" - Verisimilitude, Immersion and Campaign Design
When you run a campaign you tend to think about verisimilitude and immersion.
Verisimilitude is important as when you have SOME of it the game feels right, when you have almost NONE of it the game feels completely arbitrary. If, for example, every time you swung your sword the DM told you to roll a different die, or sometimes they would just say “you do no damage”, the player would immediately drop out of the suspension of disbelief, there has to be some sense in which the game world is true to something. It can be reality (swords can kill), it can be fiction (magic has a price), but it has to be something. It can change, and magic can make the game world more pliable (teleportation), but there must be some correspondence between the game world and something outside of it.
Immersion is part of this but something else on its own. Immersion can be defined as being so cognitively and/or emotionally involved with the game that you forget you are gaming, you become your character so to speak. This can happen when you dress up like a fictional character then find yourself saying things they would say and acting as they would act, very naturally.
Immersion is a goal as players who play immersively really enjoy the game. It’s fun to be your character for a while, and everything that takes you out of that can be jarring. Admittedly, a lot of gaming time isn’t immersive in this sense, but it can be immersive in a second sense, in that the game has your full attention, you are all in so to speak. I believe both kinds of immersion are important to a good gaming experience, and that for big chunks of the session the players should be immersed in the game, if it’s going well.
I think that is the appeal of combat for many. When a player stands to lose their PC, they tend to focus, and the game becomes more immersive as a result, the players are character when making decisive blows in battle, they are immersed in the game when there is an existential risk to their character. This is why death should always be on the table.
But there is a bigger reason, and this is in some ways less obvious. What gives a game verisimilitude and increases immersion is some degree of independence to the players will. The players can exert their will on the game world through their characters, but they can’t rewrite the “laws of nature” for their game world like the referee can. They can do magical things that can ‘break reality’, but those are rule bound and structured.
The game world is independent of the players will in that sense, the only conduit the players have for impacting the world, and being impacted by it, is their characters. That’s the connection. So anything you can do to make the game world feel more independent of the players the more you will give them immersion, because it will resemble reality a bit, as reality is somewhat independent of us. That's why both a successful hit and an unsuccessful hit can be immersive experiences, as both mirror reality, so make the game feel more real.
This doesn’t deny player's agency, to the contrary theirs is the only agency that can impact the game world independently of the DM. And by their nature in D&D the PCs are the “heroes”, and will gain levels of power if they survive. They will be able to impact the game world, but it must still seem independent of them in some way to create immersion.
If you keep that in mind, you handle things a bit differently at the table. Two examples from my game.
Years ago one of my son’s friends, who was playing D&D with him in our summer one week game, asked if he could play a dwarf. It was a pregen for this game, and the boys would be playing the characters in a regular campaign after that.
I don’t do Tolkien D&D, not my thing. My game is pure pulp, Vancian primarily, by way of Zelazny, Moorcock and Howard. So no dwarves, no orcs, no elves, etc. There are a few exceptions, dwarves are not one of them.
So, my stress above on the importance of having an independent game world, you would think the answer should be no. That is the answer that preserves the independence of the game world.
However, this is a kid who wants to play a dwarf, so he gets to, because this is a game, and no game should ruin someone’s fun.
So, instead, I hunted around and found that picture at the top of the page by the talented Alex Boca
And this was the inspiration I needed.

Thus was added to the party one Mohln Grannash, dwarven gladiator
Mohln Grannash - Dwarf Gladiator [Fighter/Thief (6th/7th)]
+2 hammer, +1 ring of protection, (4) +1 crossbow bolts, net of entrapment, Potion of invisibility (3 doses)
Mohln Grannash is a drifter, formerly a soldier, turned prisoner of war gladiator who lived in the arena for years. He earned his freedom and citizenship, and turned to a life of adventure and... acquisitions. He has travelled in the Southern islands for several years now. He was added to the party for his raw combat skill, his knowledge of the Southern islands and his experience with urban environments.
My game world now has  a distant but huge dwarven island nation of warriors and pirates, led by a priestly class of druids. Their fighter/druid priests are a terror… The player gets a cool character that they loved and made their own, and the game world retained some independence and gained some texture. Mohln was a badass, and the player loved the character. When he asked for a standard dwarf and a world full of them, he wasn’t given that, but he still got to play his character, so the world did not bend to the player’s will, which I argue creates immersion.
The second example was from my after school game. One of the players asked to play a wild mage. He had heard of this from 2e. So I said, “leave it with me”, and I looked into it. I read up on the rules from the 2e Tome of Magic, thought they were reasonable enough to use in my game.
To be honest, there are some results that are not really what I would normally use, a bit too slapstick for my taste, but nothing so jarring that I don’t want it there. Also the odds of wildsurge and crazy results was low, I roll everything at the table, so I knew it wouldn’t happen every session. So I decided it would work in my game.
I told him to look around to find a patron, and I waited 6 sessions while he tried to find one. The party was on a pilgrimage to the Sea of Dust, and they were on the ocean for a good part of the trip, then headed through the mountains. They were in a border town at the edge of the desert and the PC in question was looking around for someone who could rent them transportation. A small caravan was leaving town in their direction, it was a robed man and a group of hunters looking to catch desert lizards and small dinosaurs for meat in the region. The robed man was a warlock who lived here and hired out to protect groups like these. He practiced wild magic, thus his presence on the edge of civilization.
When they bargained with the hunters to accompany them for a while (strength in numbers) the party lizard man fighter (who wanted to dual class into wild mage) started talking with the robed man. Sometimes the players just give you a gift. So they had a conversation where eventually the PC asked why this guy (who was decently powerful) was out here.
Then he finds out he practices wild magic, and isn’t welcome in larger cities and such. The PC asked him to take him on as a patron, and he would pledge his service to the warlock and a share of the groups loot. It fit seamlessly into the game, and it allowed the PC to try something new. But more importantly, he had to wait for it, so it seemed independent of him, it added to immersion that he didn’t just meet the guy the day he said he wanted to do it, it took time.
He felt like he won the lottery when he found that guy, when I told him that I rolled for it (which I did, a 1 in 12 chance whenever they were in an area where there were warlocks, it came up with the robed man) he was all in. It was meant to be! The game world feels immersive when it gives some resistance, it doesn’t just bend immediately and exactly to the player’s will.
The player in question is a new PC replacing a dead one, so he starts from 1st level while the rest of the party is around 5th. He has progressed to 2nd level since dual classing 3 sessions ago. He’s now a 2nd level fighter, 2nd level warlock.
I have a lot of these examples, the party is on a quest that has lasted the last 10 sessions to pay back a temple for resurrecting a party member, they will be on this quest for the rest of this game year at this rate. The party druid lost his powers due to an alignment shift that took 6 sessions for him to address through in-game actions. He didn’t just get to act in a significantly non-neutral way, and it took time and effort to get his neutrality back and become a druid again.
In all of these examples, the game world is somewhat resistant to the PC’s will. It is independent and they have to actively shape it, not just demand that it be different. I want to be a dwarf, I want to play a wild mage, I want to be brought back to life, I want to get my powers back. All of these could have just been given to the PC’s, “hand waved” if you will, but by making them work for it, making the game world push back a bit against their will, they become more deeply immersed in their characters and in the game. They feel they have earned it, and thus it feels real, and the game world draws you in.
And that’s worth it. 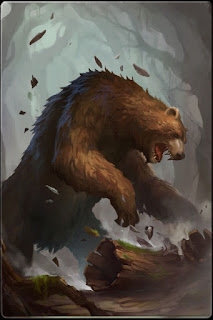