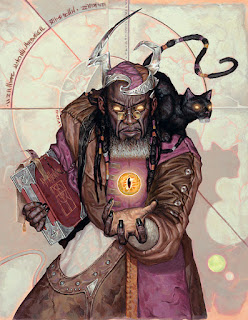 1. As a rule magic-users do not dominate the game
2. Magic-users become a lot more varied with random spell allocation, helping to differentiate characters and NPCs
3. Combat with opposing magic-users becomes more tactically opaque as spells are randomized, it is harder to know what spells your opponent will have
4. Tactical play is required for all players to increase the likelihood of successful spell casting 5. Resource management is required by the party to obtain necessary spell components 6. Managing spells becomes an adventure hook as components must be secured and adventures are often planned around the availability or acquisition of spells

These are all positives for the gaming experience, and reasons to consider using these rules if you run a 1e game. If you run a different edition of D&D or a similar game, some of these restrictions might help take the bite out of wizards in your game.
- December 27, 2019 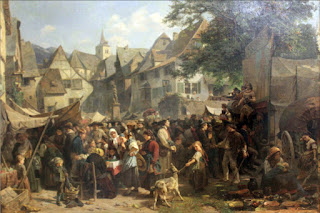