The Joys of Sandboxing 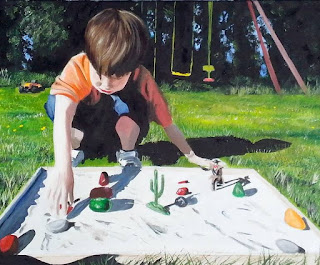 Before we started I toyed with running old school modules, as I love old-school modules, and there was a good chance they wouldn't be familiar with most of them. But when I initially set up the programs I was also considering doing a "full sandbox", e.g. a game where I have no preset "narrative" for the group, instead, I create a setting and let them loose in it.

There were a few reasons for this, first off, I didn't know if I would have a regular group or if there would be people dropping in and out of the game, so a looser, sandbox structure seemed a better fit.

Also, I would be running 2 sessions a week for 10 months, that's a lot of D&D, and a lot of preparation. Not only that, but when you run established modules and adventures you feel the need to "complete" them, and hew to the adventure as written.

I have been formulating a theory over the last few years that what makes role-playing games so unique and interesting is that you have the potential for completely open gaming, players can do whatever they want with their PC's, so I wanted to leverage that.

Sandbox gaming means that players can take your adventure hook and run with it, performing tasks as given, or they can take the hook, run with it, then decide to stop, change tack, or do something completely different.

I'm interested in the consequentialist aspects of the game, e.g. what happens if you run a game where the players feel the consequences of their choices, when those choices are unrestricted? That strikes me as exciting. Video games can come close to this, but even they have their restrictions. You can't program in an infinite world, games have structure to them. D&D's only limit is your imagination.

So I decided to go full sandbox.

To do that, I had to do a few things. First, I had designed a city setting for my home game over the last four years. I decided to use that setting as I was very familiar with it, and had an almost intuitive sense of how it worked.

The setting had a large city map, factions, rumors, random encounter tables and a surrounding environment that was ripe for adventuring (the city was located on an island in a river in a marsh, that marsh was the location of a long dead civilization of warlocks and priests whose lust for power was their undoing, and was populated by monsters, abundant fauna, sunken temples and warlock towers, and long lost magic)

I also had a rule set I was intimately familiar with, 1st Edition Advanced Dungeons and Dragons. I house-ruled the game to smooth out some of the rough spots (e.g. initiative) and I beleived I had a servicable version that was easy to pick up.

I decided that the game would be full on 1e, e.g. deadly, unbalanced in challenges and rewards, and heavy on the atmosphere. Players were warned on day 1 that there would likely be fatalities, but that if they payed attention and learned they could get better at the game and would be more likely to survive.

The first session I had absolutely nothing specific planned, just that the PCs would arrive at the city and go from there. They had no backgrounds beyond "you are a warrior looking to sell your sword", or "you are a warlock looking to amass magic and power", that sort of thing.

So they essentially arrived with a tabula rasa, just a character archetype and the vague sense that they were going to go on an adventure.

That's when it got interesting.

They arrived in the city and decided to go to the market and buy stuff. What were they going to buy? They didn't know, but my description of the mass of colorful tents and the statues that graced the market square they entered when they came into the city was enough to stir their curiosity. They shopped for equipment for about an hour, with me describing each tent as they passed (I made these up as they went). When I described a merchant selling mounts (giant lizards, giant frogs, and giant spiders) they all wanted to buy a mount.

They were haggling over the price when I rolled an encounter reaction roll with the merchant and got an enthusiastically positive result, so he gave them a real bargain.

In a sandbox game where you do a LOT of improvisation, encounter reaction rolls are key. They produce a result that the DM then has to explain in the context of the setting. I needed to come up with a reason why that merchant was so friendly to the PCs. On the spot I decided that he had been robbed recently, and needed to move product fast, rather than losing the PCs to another vendor, he offered them great prices. The PCs asked about the great prices, suspicious of the too good to be true offer, and he revealed his story.

At that point, they decided they would help him find the thieves. Now, I can't stress enough how organic this all was, in the course of doing whatever they wanted to do, they, in tandem with a dice roll and my improvisation, produced an adventure hook that drew them all in.

It was right there and then I realized I had struck gold. I had ABSOLUTELY NO PLAN for the PCs before that game started, but through their own actions and some imaginative improvisation we had our first adventure. That kept us busy for 4 or 5 sessions.

I used this process to drive both of my after school games for a full year, and it worked beautifully.

The other thing that happens very quickly is that the choices they make in game produce consequences that follow them around, so once they start adventuring you are very quickly given a host of potential adventure hooks. Rather than scrambling to find things to do, a fully realized sandbox game lets the PCs GENERATE THE ADVENTURE WITH YOU. It's fully collaborative.

Sometimes that took the form of me listening to the players chat at the table and riffing off of that.

Sometimes it came from interacting with NPCs to gain information or resources and incurring debts or commitments.

Sometimes it came from forming alliances to gain access to things they needed but didn't have.

Sometimes it came from them abandoning a task and then having to face the consequences as their employer or sponsor wasn't happy about it.

In a factionalized environment every action creates ripples through the game world, these ripples gave me an endless supply of adventure possibilities.

Also, as the environment was not "balanced", sometimes the PCs kicked a hornet's nest and got stung. They shirked an employer who tasked them with retrieving an item (which they kept for themselves), that employer sent a warlock, with a yeth hound and some mercenaries, to get the item back. They ran away from a sunken temple after disturbing a large plant monster, and had to return later as that monster, set free, terrorized a local village. They felt bad about that and went back to set things right.

What excites me about this style of play is that it is entirely driven by player choices and actions, and the only "prep" I do on a weekly basis is to review my session notes from last week. I did a mountain of prep designing the setting, but once that was done, I only have to add occasional things as I go.

And here's a cool thing about improvisation: if, for whatever reason, the player's choices require you to create something you don't have (e.g. say they are talking to an NPC who tells them of a shrine in the wilderness where ghosts dwell as part of a role-playing moment, but you haven't created the shrine), you only have to keep them busy until the end of the session, then you can go home and draw up maps or create the shrine in the time between sessions.

I've done this a number of times, and it gives me the freedom to improvise whatever I want, without having any of it created ahead of time, I just improvise in session and create what I need between sessions. All that is required is that I keep loose notes so I can follow up on what I introduced in session.

I can't overstate how liberating this is as a DM, I no longer feel responsible for driving the session along, and let's be honest, a group of kids can need prodding when you are running a premade adventure where events have to happen to advance things. I no longer worry about that, I let the players drive the game, I just make the game world react to their actions.

And what an awesome tool for teaching kids that their actions have consequences, and that they have to drive their own destinies. My groups have made some terrible, terrible choices, and then had to deal with the consequences of those choices. They have also had some tremendous successes, and they 100% own those successes, as they know I'm not pushing them along, they are pulling me along for the ride.

At the last session of last years program, my Friday group decided to charter a ship and take off for parts unknown. That isn't a euphemism, they had NO IDEA where to go or what to do, they just found a ship, hopped on and looked for adventure with the wind at their backs. They were confident they would find something. That sort of confidence in the setting and the game is role-playing nirvana. They know the world is brimming with adventure, and they are going out to find it, no hooks, no invitations necessary.

I feel like we've tapped into the unique aspect of RPGs that make them so powerful as a gaming experience, something that other forms of gaming seem hard pressed to achieve.

Sandboxing, give it a try, you'll never go back! 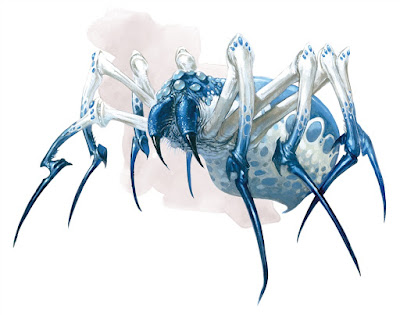