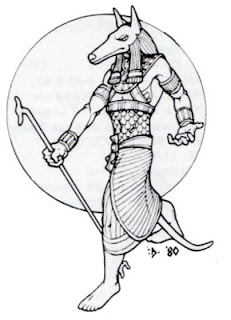 Death
Ooh death
Whooooah death
Won't you spare me over 'til a another year?

To drop the flesh up off the frame
Dirt and worm both have a claim
Twitter is a fascinating beast. Someone floats an idea and you watch it roll through the accounts you follow, and those you don’t through retweets. My Twitter round up yesterday yielded one of my favorite D&D topics, death.
I gave this issue a lot of thought when I sat down 6 years ago and started gaming with my son and his friends. They were 10 years old, and it was a group of boisterous, competitive, loud mouthed lads. Good friends. I didn’t want to traumatize anyone by killing off their PC, but I wanted to give them a challenging game too.
I’ve been running games for 35 years and there is one truism I can get behind, almost everyone likes to play a role, to act like someone else for a while, mainly because TTRPGs, when immersive, can connect to your emotions. You feel excited when making a decisive dice roll, your character’s victories are your victories, when your PC takes a big hit you scream, “NO!” It’s glorious to see this in action.
So where does death fit into this? If you can identify with your character, and become emotionally attached to playing the character, then death is the end of that adventure. You could, in principle, experience emotions of loss and grief, etc. Losing a long running PC can be traumatizing, emotionally deflating stuff, so I considered taking it out of my game, eg replacing death with severe consequences.
I didn’t though, and here’s what I do and why.
A. Deal with it Explicitly / Set Expectations
Session 0 - I’ve given a version of this so many times I can do it from memory:
“This game is deadly, a first level fighter in chain mail has 6 HP on average, a 0-level city guard hits chain mail around 30% of the time weapon dependent, and does an average of around 4HP damage with standard troop weapons like spears, longswords, pole arms, maces and flails. You hit that guard in chain around 35% of the time at first level, you do the math. You have a very, very slight edge, easily devoured by the randomness of the dice rolls. If it’s a city guard patrol with multiple guards, you are in real trouble.
AD&D is not balanced, you can run into something way above your pay grade.
Animals and monsters with claw, claw, bite attacks get all three attacks at once, to represent their ferocity and speed, PCs and NPCs have their multiple attacks spread out over the combat round. Most PCs will only ever have 1 attack per round. Monsters and animals are extremely dangerous.”
So the game world is dangerous, there will be fatalities, everyone knows this BEFORE they create their character, and BEFORE they become invested. This doesn’t, oddly enough, mean they become less invested, indeed in some ways they become more invested. But they know the drill from the get go.
This also means that for us, backstory is kept to a minimum, if you invest that much time in the PC before playing and they die off early, that’s not fun.
B. Minimize Lost Table Time
If PCs die you have to make new PCs, in 1e that takes about 15-20 min, if the player is indecisive or unsure it can take much longer. In our campaign we run either multiple PCs for each player, and/or we have a pool of NPCs (henchmen, etc.) to draw on, so if a PC dies the player can run a second PC or one of the henchmen instead, so no one has to lose game time. That also means you know a bit about the new PC before you play it.


C. Decide on the Process for Introducing New PCs to the Table
If the party is on average 5th level and a PC dies, if the player rolls up a new PC, is it the same level as the party? Does it get the previous PC’s loot and items? In our game, new PCs come in at 1st level, but due to the XP system they level up to the party’s level in about 4-5 sessions. We do it that when a PC dies their magic items and loot are split amongst the adventuring company. When the new PC arrives it is traditional to give them an item to help them out.
We have had 3 PCs go through this process in my after school game, it has become something of a cause celebre to have caught up to the party in level that fast, and they enjoy the risk of running with a higher level party as a low level PC and surviving. Kind of a flex.
D. Clarify the Methods In-Game for Reversing Death
In my preferred edition there are a few ways to come back to life. If you are going to run a deadly campaign you have to understand that, BtB in many fantasy games, there are mechanisms for reversing it. However, in 1e a lot is left to the DM.
Be clear about how this works, is it possible to get brought back from the dead, what are the costs and benefits, that sort of thing. Whatever you do, don’t make it too easy, otherwise “death” is meaningless.
E. Be Clear About Death Mechanics
If you are presenting a consequence that can take out a character, often for good, then you need to be transparent about the mechanics that can make that happen.
In 1e you don’t just die at 0hp, there are some fiddly bits, so it’s important the players know these. Ditto for healing mechanics, saving throws, they need to know how all that works to make decisions that support their agency at the table.
F. Establish Protocols for Dice Rolling
This sounds ominous, but here’s the thing. If a dice roll can kill you, it has to be fair. All dice rolls should be fair, but the point is still important. If your game is to have the possibility of permanent character death, and that death can be the result of dice rolls (damage, saving throws…), consistency and transparency will be crucial.Of course, you and your table may not care if someone changes their dice roll, every table plays their own way, but for us everyone rolls in the dice box where everyone else can see the results as well. If someone’s PC dies when dice are rolled, we all see it happen.


I think the threat of death adds to verisimilitude and immersion. Things that mimic real life add verisimilitude to the game, and help us become immersed in play. Death is one of those hard limits that mimics real life, which has many of these. It makes the game world feel independent, and makes the achievements feel more real.
Perhaps the most exciting game I ever played in was one where I was running a 1st level illusionist with 2 hp. I knew that anything that did any damage to me was likely lethal. So I had to play in such a way as to avoid combat and damage at all costs. However, there were only three of us, so I had to get in there or we wouldn’t make much progress. The combination of threat of immediate death and the need to push forward and play aggressively but smart was intoxicating.
Do what is comfortable for your group, I can only speak for what works for us. Being saved, “just” getting out in time, the deadly crossbow bolt just narrowly missing, that sort of thing happening all the time drop kicks me out of immersion and out of the game. I’ve played in games where it becomes obvious the DM is helping us out a lot, and honestly it removes the challenge, and the fun, of the game for me.
There are two broad approaches to playing TTRPG’s like D&D that are both popular, in one case D&D is more about shared storytelling, in this more narrative, social role play style of play, death means you end a character’s story, and that might be harder to take. So I can see why it would be tempting to remove death from the game, and sort of tacitly accept that your character will endure challenges and setbacks, but they won’t die.
The other style of play treats D&D like a game, and games are meant to be challenging, the threat of death (essentially having your piece removed from the board so to speak) is a crucial component of that challenge. I find that those who are more focused on the gaming aspects of D&D than the narrative aspects (though I acknowledge they are intertwined) seem to be more comfortable with the idea of character death. I think it is a crucial part of what makes the game challenging, and thus a better and more satisfying game for me.
One last example.
In our run through Barrier Peaks one of the party magic-users had his brain eaten by an intellect devourer, and it climbed into his skull and walked around in his body for a while, without anyone realizing it. Then, at an opportune time, he enlarged to a giant size and attacked the party from within. The party thief had to kill him to stop him from killing everyone. The thief snuck up behind the intellect devourer in the magic-user’s body who was bludgeoning the party ranger to death and ran him through with his sword, causing the host body to die and the intellect devourer to burst out of his skull and run away. They chased that damned thing through the ship, and eventually finished it off with a flame strike from the party priest.
That whole sequence has been talked about more than any movie scene, any book scene, any video game scene the boys talk about.
PCs DIED, AND IT WAS EPIC
You want a piece of this, it will electrify your game.
- February 11, 2020

Weaving the Fabric of the Game World - Random Encounters in D&D   One of the game mechanics that I often see creating confusion is rando... 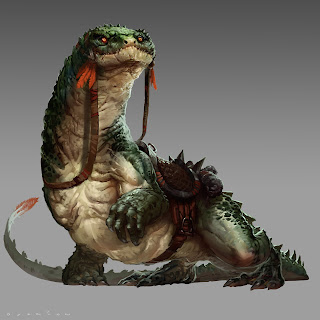